The ethics of the Wolf of Wall Street

Tim Mackay takes aim at Hollywood’s portrayal of someone who destroyed lives, yet is being celebrated through the medium of film.

Note: This piece may contain spoilers, both for the film, and for people aiming to make a quick buck.

“The name of the game, moving the money from the client’s pocket to your pocket.”

“But if you can make your clients money at the same time it’s advantageous to everyone, right?”

That’s one of the first insider lessons shared in the recent Martin Scorsese film, The Wolf of Wall Street. The subsequent ‘lessons’ sink the characters further and further into a greed- and lust-driven moral cesspit.

We all know the well-worn path most finance films follow – a classic ragsto- riches kid from the ‘burbs done good; the fast accumulation of wealth and trappings of success; temptation into ethical lapses; the inevitable fall; self-discovery; restitution followed by redemption and forgiveness.

This film differs in that it doesn’t offer us a glimpse of a solitary, redeeming feature in any of the characters. There is not a scene in the movie that depicts a single victim of the industrial scale theft. I guess victims would distract us from the voyeuristic pleasures of the self-proclaimed Wolf of Wall Street’s hedonistic lifestyle.

The ethics of The Wolf of Wall Street? None that I can perceive. Journey of selfdiscovery? Didn’t happen. Restitution? His victims are still fighting for it. However, there are certainly lessons investors should take from this movie.

Markets are not precise calculators

The trading floor in the movie is akin to Sodom & Gomorrah where dwarf throwing, prostitutes and cocaine dominate investment decision-making. That’s not my experience. I’ve worked on large, raucous, male-dominated trading floors in London. Boisterous joking behaviour, especially late on Friday afternoons, was certainly a feature. Working on the floor of the New York Stock Exchange sometimes felt more akin to a Turkish bazaar than an orderly office. Despite this, there was a clear and driving purpose and professionalism.

Investors seek rational reasons for why markets fluctuate wildly in the short term. Sometimes the truth is more opaque – markets aren’t always rational in the short term and market participants can influence that. According to Ben Graham, Warren Buffet’s great mentor – “In the short term, the stock market behaves like a voting machine, but in the long term it acts like a weighing machine” (ie true value reveals itself in the longer term).

Don’t rely on regulators to protect you

“It’s easier to get rich quick when you don’t follow the rules”. The role of regulators is to protect you from people like this and they will likely do their best, when they turn up in the end. However, for many investors, that’s too late. The Wolf of Wall Street’s victims are still chasing him for restitution in the US; Westpoint and Storm Financial are no different here.

There is one great irony relating to the scam that enabled the FBI to catch the Wolf of Wall Street. One of his colleagues went to school with a shoe designer and used his personal connection to bring the new fashion company to market. They held onto 85 per cent of the shares in the float and then sold them at inflated prices to their own clients, netting themselves $23m. It’s called a pump and dump scheme and it’s illegal.

The irony lies in events movie viewers don’t see. The fashion firm was Steve Madden, an incredibly successful designer shoe company. If the Wolf had acted honestly and simply held on to those shares, today that 85 per cent share would be worth in excess of $1.8 billion, riches beyond his wildest dreams. Instead he fleeced his clients and went to jail.

“My club is so exclusive – you want to be a member”. The Wolf of Wall Street didn’t say that to his potential investors/ victims but he could well have. Instead, they are the words of another New Yorker, Bernie Madoff. These scammers only offer their services to a ‘select group’. Their insider secrets will supposedly make you money quickly and safely and if you ask any questions, you’re out.

You want to know the real investing secrets? Huddle round and pull it in close, I’ll share them with you: There are no investing secrets. There are no safe ways to quickly get rich. The number of times I hear similar spruikers (albeit on a smaller scale) pitch their snake oil infuriates me.

I am passionate about finance and believe ethics should be embedded into how we serve our clients on a daily basis. This movie is no reflection on that, and the fact that the self-proclaimed Wolf of Wall Street is regarded by some today as a person worthy of respect leaves a bitter taste in my mouth. 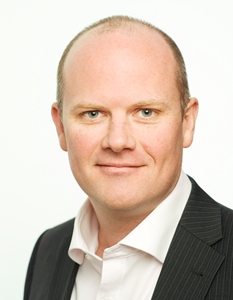 Tim Mackay BEc (Hons) MBA CA CFP SSA
I am an independent financial planner, SMSF expert and company director. I thrive on providing independent, expert financial advice to my wonderful clients. With international investment banking experience at Deutsche Bank and UBS in London and New York, I was recognised as SMSF Advisor of the Year by Independent Financial Advisor Magazine.

To contact me, speak to my team on 02 8084 0453. Please feel free to connect with me on Twitter. You can also visit the my colleague’s (and sisters) website.