Warning: call_user_func_array() expects parameter 1 to be a valid callback, function 'qode_child_theme_enqueue_scripts' not found or invalid function name in /home/taafomft1977/public_html/quantumfinancial.com.au/wp-includes/class-wp-hook.php on line 303
Skip to content

Client update on the election, markets and your super

We provide our updated research and analysis for clients post the 2016 Australian election.

You will no doubt have noticed the significant political gyrations in recent weeks in both the UK and Australia and wondered what this may mean for your portfolio. If you’ve been completely switched off and missed the headlines, we hope this article is still interesting for you.

We are currently finalising our latest Investing Insights Report for our clients. Published twice a year, this report summarises our key investing themes for the next 6 to 12 months.

This article will be included and updated in our 2016 H2 Investing Insights report. We have published this earlier than the report as we aim to communicate with our clients in a timely manner.

A few weeks ago we shared with clients our thoughts and recommendations on the then possibility (and now actual) exit of the United Kingdom from the European Union. Today we share our thoughts on the (non?) results of the Australian Federal election and re-iterate our Brexit thoughts.

Update on the election, markets and your super

A question we are often asked is what impact a change or return of government will have on markets. As a general rule, since the Reserve Bank was granted independence to set interest rates by Treasurer Costello, we don’t think politicians have much of an influence on markets at all.

What does the election result mean for markets?

In Australia our political landscape is dominated by two centralist parties – a right wing Labor party on the left and a left wing LNP party on the right. Both know they need to dominate the middle ground of Australia to win elections.

While a large amount of print ink is dedicated to detailing the policy differences the parties have on issues such as climate change, immigration/refugees, social issue and relatively small economic differences, in reality both parties agree on the vast majority of issues that impact markets. They are both free trade, open market and pro-capitalism.

Both parties are led by reasonable men who both have the potential to be good leaders, in our opinion. Clients may clearly have their own preference either way but our focus is on the potential impact on markets should one leader or the other be Prime Minister. We cannot see markets reacting either way once the election is finally concluded (at this stage our belief is that the LNP will retain Government but with such a slim margin it is unlikely that they will run for a full 3 year term).

Regardless of who eventually wins the 2016 election (or indeed if another election is needed), the economic sky will not fall in. Our favourite examples of this are Belgium which had no government for 535 days from 2007 and Australia in 2010 where we had no government for 17 days. In both cases the countries did well economically regardless of the lack of politicians running the joint. This can lead one to question whether we should enjoy more politician free periods? 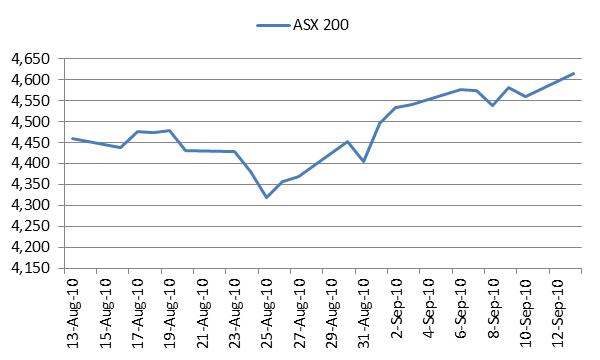 What does the election result mean for your super?

Regular readers of our Investing Insights may recall our prediction before the 2016 election:

“Given the opposition to the proposed super changes from the Opposition, minor parties and key constituencies within the LNP, it will be interesting to see if an (assumed) re-elected Government seeks to rush the changes through or takes a slower, more conciliatory approach where they consult and ask for feedback from stakeholders. The Government has been stung by the ‘retrospectivity’ criticism from its core constituency and while they cannot be seen to change before the election, they may be able to do so after the election. We would not be surprised to see them give ground on the 1 July 2007 retrospective start date for the $500,000 lifetime cap on non-concessional contributions. The timing on all of this post-election is clearly up in the air.”

Once the election result is finalised, superannuation will be disproportionately crucial issue moving forward.

We use the word “disproportionately” advisedly. We believe the right wing of the LNP (still smarting from the rolling of Tony Abbott in 2015) will use superannuation as a proxy battle to re-assert their power over a weakened Turnbull (who they view as too leftist).

The right wing of the LNP view superannuation as a totemic issue for their traditional voters and one area they know they can take a stand to strengthen their political position.

As a result, there may arise a situation where pretty much everyone in Parliament supports Prime Minister Turnbull and Treasurer Morrison’s proposed super reforms except for a large chunk of their own party. It is also important to remember that these reforms were proposed as part of the 2016 Federal Budget without consultation with the wider LNP party room.

So you may well be asking yourself “What do these political machinations mean for my super?”

Well, until the weekend of the election, we advised clients that the new super reforms were a done deal and we should focus on how best to manage them in the time before 1 July 2017 when most of the proposed super changes are due to commence.

We re-iterate exactly what we said before the election:

“We would not be surprised to see them give ground on the 1 July 2007 retrospective start date for the $500,000 lifetime cap on non-concessional contributions.”

There is no need for you to do anything now regarding your super and we will watch closely as things progress over the coming weeks and months.

If opportunities arise or if we think things are likely to change, we will let you know. We encourage yo to watch this space!

One other key issue to watch as we progress in 2016 is the re-emergence of a Royal Commission into the Banks as an issue of discussion. Prior to the election, such a Royal Commission became a politicised issue with the Labor Party supporting it (after initially opposing it) and the LNP opposing it.

If the LNP had been re-elected comfortably, this would have disappeared as an issue, in our opinion.

However, one certain result of the 2016 election has been the shifting of power to the smaller parties and independents. We note that many of those same independents support such a Royal Commission and this could be used as a bargaining chip in any post-election discussions.